The price of the black gold last week experienced the greatest surge within recent three months. It was mainly contributed to the surprise oil production cut of 1 million barrels per day in February and March by Saudi Arabia after the end of the OPEC+ ministerial meeting.

The announcement on the production cut helped the oil price breaking out the upper resistance of the consolidation zone which has lasted for nearly one month. Later, as EIA reported the drop of U.S. crude inventories by 8 million barrels in the last week of December, the oil price edged higher. As a result, the oil market has printed green candlesticks for four successive days last week, strongly closing above 52.60.

As economic indicators like PMI in many countries such as the US and China in previous months also showed sustained expansions of economic activities, the risky assets like AUD has surged for some time amid the risk-on market sentiment.

Last week, all the commodity currency performed well and the Aussie was the best among three. On Monday to Wednesday, the figures released showed that the Australian PMI continued to climb to a higher level in December. It acted as a catalyst for AUD moving further north.

On Thursday, the Capitol disturbing events in Washington, D.C. by Trump’s supporters weighed on the AUD. However, the market digested the news quickly and shifted to focus on positive prospect for even further of more stimulus due to blue sweep in congress, AUD thus stopped the retracement on Friday, closing above 0.7765.

Release of December US and China CPI

The US Department of Labor Statistics is going to release December CPI on 13 January, 2021 and the core rate is expected to increase 1.6% in past year. Although the rate has improved significantly in the third quarter compared to that of the second quarter, it was still far below the 2.3% rate before the breakout of pandemic in March. Moreover, the coronavirus keeps spreading across the country and the reported cases have already hit 20 million. Nonetheless, some vaccines have rolled out and it is highly possible for Biden government to carry out vaccination campaign within this year. Therefore, the economy may return to normal gradually and it will be reflected into inflation rate. We should look at the CPI closely and see whether the rate can rise slowly but continuously in coming half year.

The December CPI will be released by the National Bureau of Statistics of China on 11 January, 2021. The November CPI has recorded a 0.5% yearly decrease which was much worse than the market consensus of 0% change. It was also the first negative figure over the previous ten years. Since the slump of CPI was caused by pork prices, most of economists expect that the deflation will not persist for long time and CPI may turn into positive after few months since it is very likely for the world economy to recover moderately and the crude oil to rise to a higher level. Furthermore, the COVID-19 has revived in some provinces like Hebei, it would significantly weaken the economic activities again if the situation is getting worse, and the deflation is likely to last longer, further threatening the economy health. In the coming few months, we should pay attention to whether the factory deflation continue to improve and whether the CPI climb up to positive zone.

Technically, the RSI and two-line MA support for continuation of the uptrend according to one-day chart. Since the price has already reached the significant support level at 1.3520, it is very likely to be the end of last week’s correction.

As a result, it is highly possible that the GBP would resume its uptrend in the coming week, and it may face a new resistance at 1.3850 in the near future.

The US indices continued to skyrocket after breaking out the historic high in mid-December and Nasdaq was the most bullish index among three last week.

For two-line MA aspect, the golden cross pattern holds on both 4-hour and 1-day charts, indicating the continuation of the strong uptrend. Nonetheless, for RSI perspective, it is going to enter the overbought zone, which is a typical signal for trend reversal.

All in all, the technical analysis suggests that there may be a corrective pullback in the near future such as next week. Since the RSI has just showed overbought sign, the retracement may not occur within this week, we may observe a surge again in coming few days.

After a small decline for two consecutive weeks, the oil price experienced a 9.18% rally in previous week.

Technically, the RSI has already broken out the 70-interval, but the two-line MA remains the bullish bias according to the 1-day chart. Therefore, a retracement is very likely to happen within coming few weeks and it is expected to occur after the price testing the strong resistance which is also the upper bound of the trend channel at 55.00, so the black gold price may keep moving upwards and challenge 55.00 in coming few days. 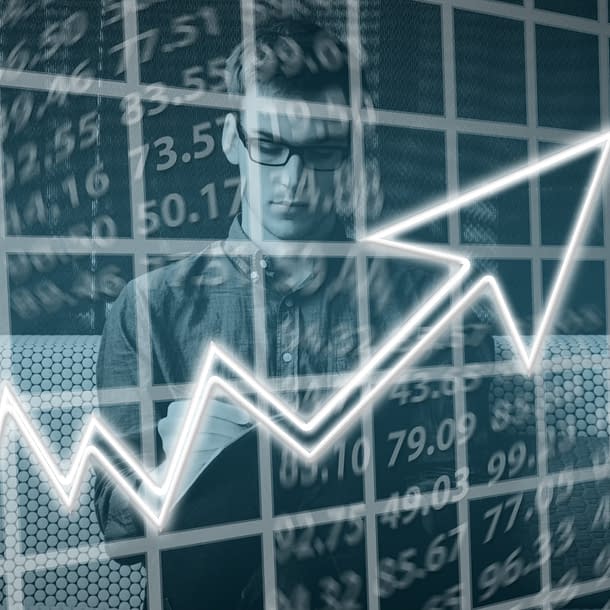 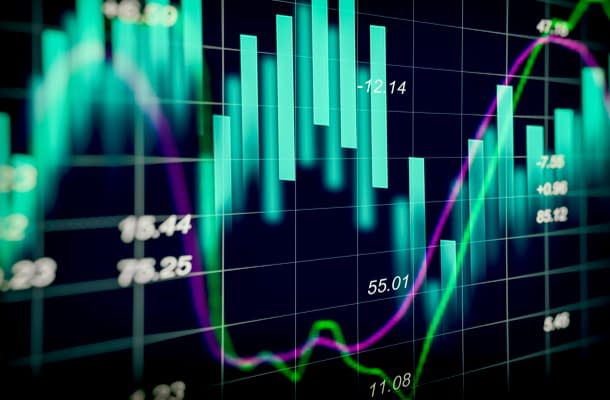