The oil extended its gains in the previous week, surging by 7.69%. The strong rally was mainly caused by a better demand outlook and the OPEC meeting.

Before the OPEC meeting, the market believed that it was highly possible for the OPEC+ members to reach an agreement to boost production. As a result, the oil price dropped by 2.16% and 1.26% respectively on Monday and Tuesday. However, it quickly rebound to above 60.00 interval thanks to the economic reopening expectation. Later, surprised by the OPEC meeting outcome that increases the April supply by only 150,000 barrels per day, the market reacted by pricing the oil at higher level. Finally, it rose 4.85% and 3.54% on Thursday and Friday.

To conclude, the oil recovered its losses after the OPEC meeting and it is even pushed to a higher level, closing above 66.00 at the end.

The safe-haven assets fell victims to high inflation and the surging bond yields. The US 10-year treasury yield picked up sharply from 1.4070 to 1.5770 within a week. The investors thus tended to escaped from the negative-yielding currencies, such as the Japanese Yen and the Swiss franc.

Apart from that, since the COVID-19 new cases and deaths kept decreasing across the globe, the theme of 2021 economic recovery continued to influenced the market. In general, the Yen has become a real loser under a higher broad risk sentiment.

The Yen has printed a red candlestick for nine successive days and it experienced a 1.71% plummet last week which was the worst week since April 2020.

The European Central Bank (ECB) is going to hold a meeting to discuss the monetary policy on the upcoming Thursday.

The ECB has already expected that the economic recovery would be distorted by the strict lockdown measures implemented since December. The most updated GDP figures show that the final quarter GDP in 2020 dropped by -0.60% when compared with the third quarter.

The interest rate is believed to stay the same. Investors are more interested about whether the ECB will expand the repurchase program. Despite saying that the envelope over the net purchase horizon of the PEPP did not need to be used in full, the ECB may have to go over its plan this time due to the spike of global bond yields. The above graph depicts that the bond yields have almost skyrocketed to the level before the pandemic, the ECB President Lagarde also expressed her concerns, but the worries in the market can be relieved only if the actual actions are taken. Therefore, we will see if the ECB will enlarge the bond-buying scale during the meeting.

The WTI crude oil performed extremely well last week, rising by 7.69% and has already broken through the significant resistance at 67.00.

In technical aspect, the RSI is lying within the overbought zone, signalling a drop in oil price. Moreover, the price is touching the upper resistance line of the uptrend channel which started in the early November. Therefore, it is highly possible for oil to make a retracement in recent days.

On the other hand, the golden cross in daily and weekly charts support for an unfinished uptrend, the drop in the oil price therefore is likely to be temporary, so it may fluctuate around 67.00 for some time and resume the upside movement later.

The greenback was strong in recent two weeks. It passed through the resistance at 91.750 and left the area of sideways trend on last Friday.

Technically, the fast MA has crossed the slow MA from below and RSI is lying in the neutral zone above 50-interval, so both two-line MA and RSI give out a positive signal. Nonetheless, the dollar index has just broken above the 91.750 interval, so its breakout has not yet been confirmed.

All in all, the USD requires some period of time to stand firmly above 91.750 for confirming the sideways trend is over. Once the breakout is confirmed, the bullish momentums are suggested to dominate the market and push the dollar higher.

The Swiss Franc has become one of the worst performers among major currencies. It has slumped for three successive weeks and last week’s plummet enlarged to 2.37%.

From technical perspective, the two-line MA is biased towards the bears because of the death cross pattern. However, the RSI has entered the oversold zone for a while and it forecasts that the CHF will go up.

According to the graph, the price has reached the lower support of the downtrend channel, so it is highly possible to see a rebound in the near future. However, there is no any signal that suggests for a reversal, so it may move further south after finishing the short-term rally. 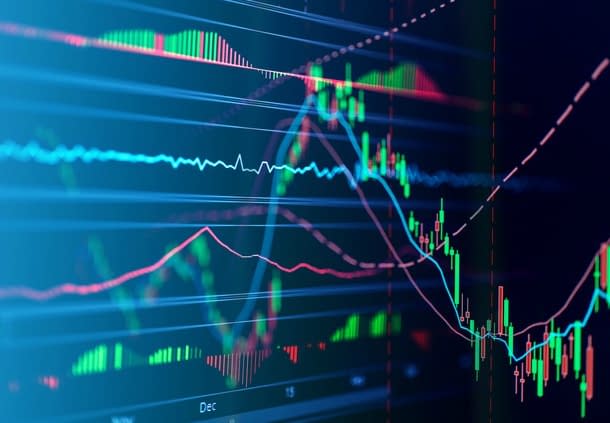 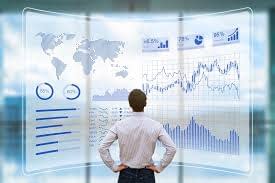